According to some who claim to be in the know, weed and basketball go together like apple pie and ice cream. Only a few weeks ago, Stephen Jackson was quoted as saying that most of the team was smoking marijuana during his time with the Golden State Warriors and that when he and Don Nelson lived in the same apartment complex, they “had the whole building smelling like weed.”

Back then, which was 12 or so years ago, it was the sort of story that would have been front-page news. Today, however, things have changed significantly. Recreational cannabis is now being legalized in one state after another, and anyone who wants to get high on a white zombie or bluefin tuna kush can order some online. It’s as easy as getting a pizza or a music download.

We are moving towards a society in which smoking a joint is looked upon with no greater surprise than drinking a beer, and probably with less disapproval than smoking a regular cigarette. But what effect does it have on the pro or amateur athlete’s performance? Now is clearly the time to stop pretending weed doesn’t exist and find the answer to this important question.

The first thing to understand is that there are two active components of cannabis that we need to consider, THC and CBD. THC is the psychoactive component – in short, it is the substance present in weed that gets you high. CBD is non-psychoactive. There is plenty of discussion about CBD oil right now, but the thing to understand is that while it comes from the cannabis plant, it does not have any effect on the user’s mental condition or state of awareness.

Both of these compounds have health benefits that have been proven in scientific studies. THC helps to combat mental conditions like fatigue or stress and can reduce inflammation and chronic pain. CBD is a natural pain reliever and also helps with inflammation and recovery from injury. It has even been shown to speed up recovery from broken bones.

Taken at face value, the above properties all suggest that smoking weed can deliver on-court benefits. Anecdotal evidence also supports that assertion, with a number of players, most of whom prefer to remain anonymous, saying that cannabis helps their performance by keeping them calm, focused and “in the zone.”

However, things are seldom quite so clear-cut. Obviously, too much of a good thing is going to quickly send performance on a downward spiral. Anyone who has experienced the sensation of couch-lock will know that even walking across the room becomes too much of a challenge, so throwing hoops under these circumstances is clearly out of the question.

Even more concerning, though, is the question of what impact smoking cannabis has on lung performance. Research evidence shows that cannabis does far less harm than tobacco, but the long-term effects on the lungs still exist. As with so many things, moderation is, perhaps, the key to deriving the benefits and avoiding the hazards.

How can you improve your basketball game 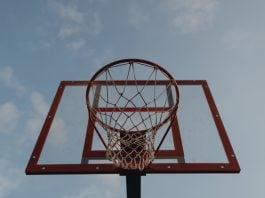 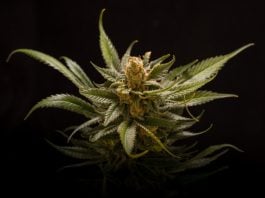 Some of the Top Strains Introduced by Celebrities

Is tinkering with the game the best way to take basketball...