After a failed trial with Maccabi FOX Tel Aviv, Cedric Simmons has signed for Liga Endesa side Sevilla.

It marks the first time since 2012 that Simmons will have played for a Liga Endesa side having played for Estudiantes in the 2011-12 season, averaging seven points and four rebounds per game.

As well as the NBA, the 30-year-old center has also had spells in Greece and Italy. 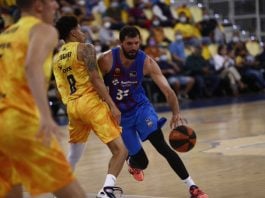