Former Los Angeles Lakers player Sasha Vujacic told ClutchPoints’ Tomer Azarly that his ex-teammate Kobe Bryant was like a brother to him, adding the Purple and Gold icon’s death truly shook him:

“You know, Kobe was my big brother. I still can’t find the words to talk about it because it’s just something that I’m still kind of fighting. How it happened, what happened, him, Gigi, and it’s just tough so he was besides being a big brother for me, he was an incredible teammate and someone that was one of a kind,” Vujacic said.

“Safely I can tell you, for example, I watched The Last Dance during the pandemic and what I’ve seen in The Last Dance and being with Kobe for so many years, I just got a confirmation that right there, you’ve got Kobe and MJ. I was honored and lucky and you know just happy to be able to learn and compete against him every day, and I think he accepted me the first day when he saw that I’m also a little bit obsessed with winning and hard work and that’s how the mutual respect and brotherhood kind of started.” 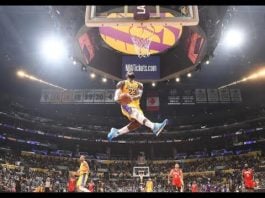