As the offseason continues to get in full shape heading to the new basketball season, the Chicago Bulls remain uncertain on Lonzo Ball’s availability.

Ball, as reported by NBC Sports’ K.C. Johnson, continues to progress in his injury recovery. But his readiness to enter into the start of the Bulls’ training camp remains uncertain.

A source said Ball continues to progress, although his readiness for the start of training camp is unknown.

In preparation of the upcoming season, teams around the league usually commences their training camp in September. Yet, it remains quite shocking that from all the months that have passed, Ball remains sidelined due to his knee injury.

As such, team Vice President Artūras Karnišovas offered some cautious optimism last month about the former UCLA product, noting that Ball is progressing, yet “not at the speed” that they assumed.

“He’s progressing,” Karnišovas said. “That’s as much as I can say. He’s getting better. Probably not at the speed that we would like. But he’s getting better.” “Hopefully, he’s going to be ready for training camp. That’s just our hopes.”

In late January, Ball underwent surgery to address his meniscus tear and was still expected to play for Chicago in 2021-2022 season. Unfortunately, bone bruises and recovery setbacks ultimately shuts him down for a potential comeback.

In his first season with the Bulls, Ball averaged 13.0 points, 5.4 boards, 5.1 assists, and 1.8 steals in 35 total games. Though the Bulls managed to slide into the postseason stage for the first time since 2017, he wasn’t able to enforce them, as the club ultimately fell against the Milwaukee Bucks in five games of their first-round series.

With the signing of free-agent veteran Goran Dragic, it may possibly hint that Ball will continue to be shelved and take his full recovery moving forward. 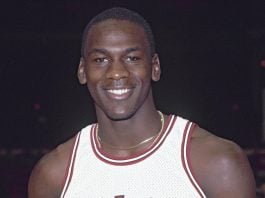