One of the biggest young stars of the NBA, Zion Williamson, has been at the center of attention for the last couple of days. It started with his new teammate CJ McCollum revealing that he had not talked to the 21-year-old forward since joining the Pelicans.

This story was picked up by a former New Orleans guard JJ Redick who called out Williamson for being detached from his team and not doing the bare minimum of reaching to a new player on the team.

According to NBA insider Brian Windhorst, there is a distance between Zion and the Pelicans and the team is unsure about the future of their biggest talent. He still thinks that New Orleans wants to keep the player though.

“They’re distant, both literally and figuratively,” Windhorst said on ESPN’s SportsCenter. “He left the team in early January to go deal with this injury on his own and he’s just not been around for months.

“The Pelicans gave regular updates on Zion. They have stopped doing that. They have said nothing officially on him in weeks and Zion’s camp has been very careful to shut down information coming out. There’s a lot of little bits of information, there’s a lot of speculation so we really just have to pay attention to actions.

“Now in 2019 on lottery night I remember this video very very well. This was what was happened in the Pelicans sales department when they won the lottery. This is an awesome piece of video, I loved it at the time I still remember it today.

“It indicated how big of a deal it was to get a player like Zion Williamson in a place like New Orleans where they needed so much help as they moved on from Anthony Davis.

“And here we have this week as the same people, the sales department of the Pelicans, the same people who were celebrating in this amazing moment sending season ticket email pitching CJ McCollum, not even mentioning Zion Williamson’s name.

“I don’t think this was done out of any sort of animus. I think they are just trying to be honest and they just don’t know what to say about Zion Williamson.”

Zion averaged 27 points, 7.2 rebounds and 3.7 assists per game last season for the Pelicans. He will have another surgery on his foot and could miss this entire season.

Could New Orleans be facing another situation of a superstar forcing his way out? Williamson brought excitement to the city after Anthony Davis did just that but could he follow the same path? 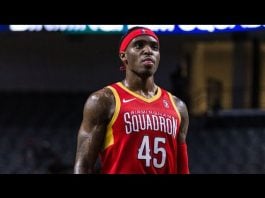