After entering his freshman year at Oklahoma State as the projected #1 pick in the 2021 NBA Draft, Cade Cunningham is very likely to stay put at No.1, writes Kevin O’Connor of The Ringer.

Teams across the league see the Detroit Pistons going with Cunningham, but whether or not a trade happens remains to be seen, as the Houston Rockets have the #2 pick and reportedly ‘love’ Cade.

Here’s more from O’Connor on this year’s NBA Draft: 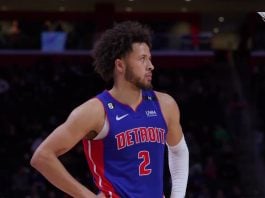