Several NBA players have voiced their concerns on the NBA resume-plan in Orlando. On the other hand, the CEO of the Orlando Magic Alex Martins believes that the league has set in place a safe environment for the players in the Disney World.

“A lot of time and effort has been put into the safety protocols,” said Martins, per the Orlando Sentinel, via NBC Sports.

We’re confident that the protocols that are in place will keep everybody on the Disney campus confined and amongst each other, and with little to no exposure of anyone else from the community.

So in saying that, I’m confident that we have a safe plan in place and that despite the recent rise in cases in Florida that it will be a safe environment for all of our players, coaches and staff that are at Disney.”

The positive Coronavirus cases have raised up to 17% in Orange County, Florida in the last four days, according to Associated Press reporter Tim Reynolds. 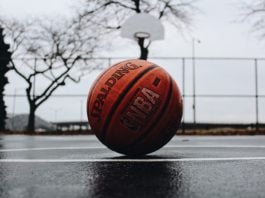