Goran Dragic expressed his uncertainty for his future with the Miami Heat and the free agency.

Even though he admitted he does not think about it at the moment, due to the outbreak of the coronavirus, Dragic said there is uncertainty regarding his future with the Heat.

“Right now, if I’m honest, I’m not even thinking about free agency. I have so many different problems. My uncle is stuck here in the U.S. I’m trying to get him back to his home country, so I’m on the phone 24/7 basically with the government.

It’s just a crazy situation for me and my family. I just want to be done with that, and hopefully when this virus is done then I can think about my future and free agency and everything.

When you’re locked in and when you have a contract, at least you know you’re set and you’re going to have a job. Right now, I’m playing well and I know that probably I’m going to still play basketball. Somebody is going to sign me.

But still, until you put that signature on the contract, it’s a little bit … I would not say I’m worried, but still you don’t know what your future holds. There’s uncertainty.

But that’s part of the business. For me, the main thing this season was to show that I’m healthy and that I can still play well. I did that,” Dragic told Anthony Chiang of the Miami Herald. 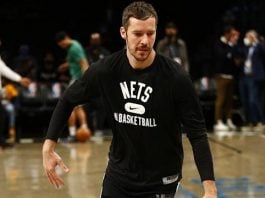