They may now be holding a full game lead over the Jazz in the playoff race, but it’s not going to be easy for the Lakers.

It’s no secret in Lakerland that the Lakers have been having a nightmare season. First, coach Mike Brown was fired after a 1-4 start. They have had endless injury problems, and they are yet to find the elusive team chemistry. Mike D’Antoni insists on using his infamous short rotation, and people wonder how the old and banged-up bodies of the players will react to this if they make the playoffs.

Despite of all the problems, Kobe Bryant is pretty sure that he will not be on vacation when comes the playoff time. Indeed, the Black Mamba has taken matters into his own hands. He has played 274 of the total 288 minutes in the final 6 games. The superstar has been averaging a spectacular 28 points, 9.1 assists, and 7.6 rebounds per game in that span. Lakers won 5 of those 6 games which Kobe activated the god mode.

Kobe is sitting on the driver seat, and he looks comfortable as ever. Dwight Howard is getting his health and conditioning back. And Pau Gasol is getting more touches close to the rim lately. These factors make the Lakers slightly better.

They now have a full game lead over the Utah Jazz in the 8th spot race for the playoffs in the Western Conference, but their road is rocky. Each team has three games left, but the schedule plays in favor of the Jazz.

LA Lakers will play all of their games at home, while the Jazz will be on the road for two of their three games left. But the Lakers will face better and stronger teams. They will play Golden State, San Antonio, and Houston respectively. The Warriors, who try to hold on to their 6th position in the West, showed that they wouldn’t fall short against the Lakers, beating them 109-103 on March 25. The Spurs are competing for the top in the Western Conference, and the pace and, energy and the perimeter shooting of the Rockets are something the Lakers wouldn’t like. In other words, none of the opponents will go down easy.

On the other hand, the Utah Jazz will close the season at Memphis after facing the Minnesota Timberwolves twice. The Wolves are already done with the season, and have been playing for the draft lottery for a while. But the Memphis has a chance to past LA Clippers. If they still have a chance to move up in the last game, that game will be tough for the Jazz.

Shortly, the Lakers have one more win, but the Jazz have the schedule advantage. The Lakers control their own destiny. If they win all of the games left, they will find themselves in the postseason. It’s unclear if they make it. But if they do, it’s again a question mark how the old guys will survive in the intensity of the playoffs. Their path to the playoffs may seem clear, but it’s still tricky and rocky as ever. 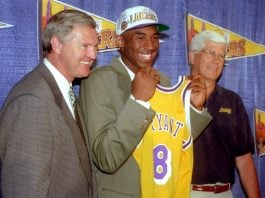 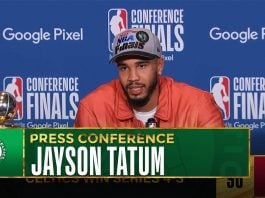