Anadolu Efes head coach Ergin Ataman: “We definitely want to finish the top four. There’s huge gap between the other teams but every single game has importance that should not be underestimated. We will want to win 6-7 matches out of 10. This situation will give us host advantage just like last year.

“We won 10 out of 11 away, this is a serious score in EuroLeague. We did not lost any matches in Spain, we won against all 4 teams. We won CSKA Moscow, Olympiacos. This obviously shows the strength of the team, team’s desire to win and their habit of winning. We came to this point very well.

“Our only goal is the EuroLeague cup… Isn’t it expected though? If you played final in EuroLeague last year, you should target the championship.” 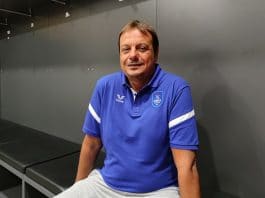