“I am thrilled to work with Luol in his new role as BAL Global Ambassador,” said BAL President, Amadou Gallo Fall. “He has been a great leader and an inspiring role model. His remarkable basketball journey includes an extraordinary 15-year NBA career, two All-Star selections and participation in the 2012 Olympic Games. Luol has been an integral part of our youth development efforts and has taken part in many of our initiatives across the continent since 2011. We look forward to working with him to establish the BAL as a world-class professional basketball league.”

“I am honored to represent the BAL as the league’s Global Ambassador,” said Deng. “We have a tremendous amount of talent in Africa and I am excited that some of that talent will be showcased through our new league. I look forward to following some of the top African club teams when the inaugural season gets underway next month and supporting the BAL in expanding its footprint around the world.”

Deng was a member of the Great Britain National Team in the 2012 Olympic Games in London and captained Team Africa in the NBA Africa Games in 2015 and 2017. He regularly participates in youth development initiatives in Africa, including Basketball Without Borders (BWB) Africa. He was elected South Sudan Basketball Federation President in November 2019.

Additional details about the BAL will be announced in the coming days. 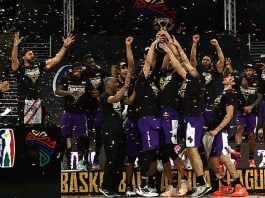