Amidst a successful playing career, Luigi Datome recently decided to write his own book, titled “Gioco come sono” (“I play the way I am”), which has already circulated in his native Italy. The 32-year-old guard-forward takes the reader onto a journey to Istanbul, Boston, Detroit, Rome and Siena, recounting his experience as a professional athlete and avid reader and guitar player.

Datome has followed the rest of the Italian National Team in Athens for the Acropolis tournament (featuring also the hosts Greece, Serbia and Turkey), but will not be ready to play until the team reaches China for the upcoming World Cup.

Besides being the captain of the “azzurri”, Datome is also the chairman of the Euroleague Players Association (ELPA) and ofcourse a Fenerbahce player since 2015. Following his decision to stay with the Turkish powerhouse and on the occasion of his book, TalkBasket.net met him in the Greek capital for a quick chat on the Italian NT, Zeljko Obradovic and the NBA.

Q: First of all, how is your condition?

A: I’m good. I want to make the tournament in China before the World Cup. That’s why I’m not playing at the Acropolis tournament.

Q: What are the expectations of Italy?

A: Not many. Greece, for example, has higher expectations than us. The sure thing is that we want to get past the first round, play with enthusiasm and see how it goes. We’ve got some injury problems, but also the level of the team -considering what we have done in the past- does not allow us to look any further than the first round. We want to work well and then, in a single game, anything can happen.

Q: What’s your view on the game against Greece?

A: Greece, in my opinion, will fight for a medal, but it’s better for us to face this kind of teams now in order to prepare ourselves for the World Cup.

Q: Why did you choose Zeljko Obradovic to write the foreword in your book?

A: Obradovic is Obradovic. He’s my coach, the man with whom I have a special relationship. Anyway, we’ve been together for four years in a row. He’s the coach who has coached me the most in my career.

Q: Is it also because of him that you decided to stay with Fenerbahce?

Α: Absolutely. Not only because of that, but both staying and signing for the first time with Fener were decisions made on that ground. Given the fact that he still wants me there, I would be very pleased if I could stay with the team for as long as he’s the coach of Fener.

Q: “I would not bear another year to wave the towels in the NBA”, you wrote in your book. Was is so bad an experience over there?

A: That’s why I play in Europe: I want to stay on the court. In the NBA, there was a chance to play a little, but not much. I am very happy at Fener.

Q: Right now, the dream of the NBA still exists?

A: I’ve already done that. My dream right now is Fenerbahce. I’m very happy there and also too old for the NBA.

Q: Have you ever had the chance to return?

A: In 2016 and also in 2017 I could have gone back, but I wanted to win the Euroleague before I did. In Fener, this is always the goal and we never denied it. We want to get to the Final Four and win.

Q: How do you see the Euroleague next year?

A: It is stronger, in my opinion. We have learned that just working and going well is not enough, because it’s also important to stay healthy. It’s no secret that it was a big problem for us last year, but we will try to stay at a high level as always.

Q: Apart from you, Sloukas among others (Duverioglou, Vesely, Dixon) also has renewed his contract. Did you discuss with him?

A: Sure. Kostas is also very satisfied. I’m glad he stayed and happy to play alongside him. We’ve been playing together for four years and we’ll be doing that for another three. 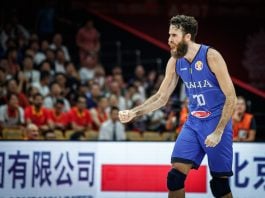 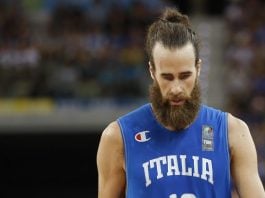 Gigi Datome: “We show that we belong to the level of... 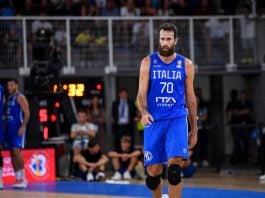