Pinar Karsiyaka took to Twitter and announced that Dirk Bauermann will be the head coach of the club for the next one and a half years.

The experienced coach will replace Ozhan Civgin on the team’s bench. Bauermann had been coaching the Chinese team Sichuan Blue Whales over the past few months.

This is the first time the 61-year-old head coach takes over a Turkish club. 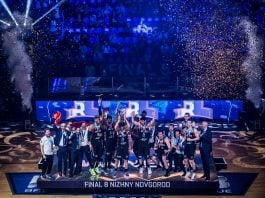