Basketball Champions League 2020-21 season finished with a bang, as San Pablo Burgos became the first double champion in the history of this competition. The Spanish side defeated Pinar Karsiyaka in the closest Final since 2017, ending with just five points between them – 64-59.

Nothing confirms the old saying that defense wins championships better than the fact that the best defensive team of the season, with a defensive rating of 103.8, used all of their defensive strengths to hold Pinar Karsiyaka to below 60 points in the title game.

Turning point: HSan Pablo Burgos opened up a seven-point lead, which felt like a 15-point lead in such a low scoring affair, with ten minutes to go. However, Amath M’Baye, DJ Kennedy and Raymar Morgan did not allow Pinar Karsiyaka to fall down so fast.

They made it a one-point contest with less than two minutes to play, even had two shots to take the lead, but both M’Baye and Morgan missed their three-pointers.

Burgos still needed to score to escape danger and they gave the ball to Alex Renfroe. The lefty guard scored the game-clinching layup with 35 seconds to play, making this a three-point game and an uphill battle for Karsiyaka.

Ufuk Sarica drew up another play for Sek Henry to find a potential game-tying three-pointer, but the typical stepback shot bounced off the rim and out. Vitor Benite’s free throws set the final score, celebration could begin in front of 1500 fans in the stands.

Stats don’t lie: In a close contest with five lead changes and six ties, details were going to be the key. Burgos were +6 in free throws and +6 in rebounds, just enough to take them over the finish line.

Game hero: Vitor Benite. Although Alex Renfroe played a marvelous game with 14 points and the crucial layup, Vitor Benite was the MVP of the Final 8 for the two-time champions. The Brazilian guard finished with 15 points, following Thad McFadden’s footsteps from Athens 2020.

As for Pinar Karsiyaka, they became the second Turkish team to reach the Final (Banvit in 2017), and the second one to lose to a Spanish team by almost an identical score (Tenerife, 63-59).

Karsiyaka wanted a game like this against Burgos, but Amath M’Baye’s 17 points went to waste. Fuel and motivation for next season? Could be. 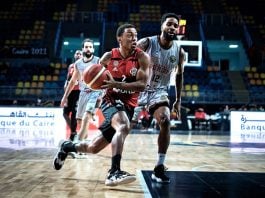 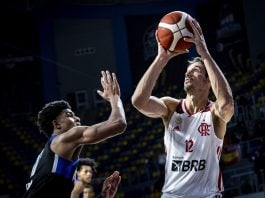 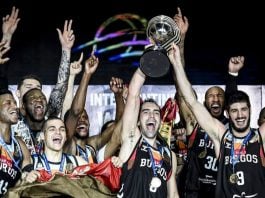