A lot has been said in the past 7 days about the NBA in Europe, the standard in Europe and whether a franchise could last outside of North America. And the reason for those kind of comments is in no small part due to the NBA visiting London and playing two regular season games.

Those games were the first of their kind outside of the U.S and despite the British media being somewhat aware of the games, for the most part, the games went by unnoticed by the general public.

The only signs that the NBA ever existed in the UK for a few days last week, were the occasional article which surfaced in the national papers. But even then, those articles were squeezed onto a page otherwise dedicated to every other sport in England. The articles written felt like afterthoughts.

So with that kind of coverage, was it worth the NBA coming to the UK?

There is no doubt that for fans of the sport, the opportunity to see some of the larger than life characters of the NBA was a dream come true but what happens if the NBA travels to the UK on a more regular basis? What if they created a franchise here? Could the UK support a team and would it survive outside of the mega bucks United States?

Seven time NBA champion, Robert Horry, was at the Westfield Shopping Centre as part of the NBA’s Fanzone – an opportunity for people from all walks of life to immerse themselves in a sport that is still very much the smallest child of the sporting family in the UK – and away from the New Jersey Nets dancing team, the mascots, the computer games and NBA trophy, I had the chance to speak with the NBA legend about the progress of basketball in Europe and how it relates to the NBA.

“Basketball is so worldwide now” declared the former L.A Laker before continuing “Every country has guys that are playing for the love of it (the game) and when you play something for the love of it, you just keep getting better and better at it. And I think that’s what’s happening around the world now”.

The arc of progression that Horry is referring to is the gradual integration of not just European players into the NBA but players from all over the world. There was a time when European players were considered a novelty in the league and were never really taken seriously but things have changed. With Tony Parker winning an NBA Finals MVP, Dirk Nowitzki winning a regular season MVP and Boris Diaw winning the MIP, European players are no longer taken lightly.

The game you could see in the 1990’s has changed so much now with rule changes and different styles of play that changes to the player personnel were inevitable, but was there ever a moment when the NBA appeared to be open to fielding multiple players from outside of the U.S?

“I kind of foresaw it. I kinda foresaw the European link to the NBA. You always heard stories about European guys who couldn’t get out of their contract and come over here but you knew they existed” said Horry.

Those guys existed back in Horry’s playing days and they undoubtedly exist today.

At least for the time being, it’s going to be an uphill battle for European players to get recognised, but thanks to those who have gone before, Arvydas Sabonis, Drazen Petrovic et al the NBA is no longer just a dream. It can be their reality. 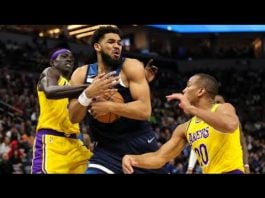 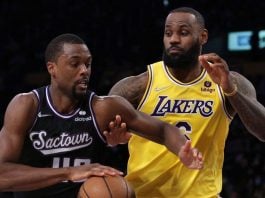 Robert Horry on what impressed him most in Lakers’ win vs.... 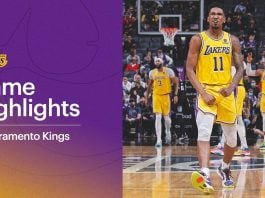