Thompson is the only elite NBA player that isn’t signed to one of the big three shoe companies (Nike, Adidas, Under Armour), but he has inked a long term deal worth approximately $80million.

After initially signing a shoe deal with Chinese brand Anta in 2014, Golden State Warriors star forward Klay Thompson has signed a new 10-year renegotiation extension with the company, Nice Kicks has exclusively learned, locking him in with Anta until 2026.

The long-term footwear and apparel endorsement deal, struck by Thompson’s Wasserman agent Greg Lawrence, Senior Vice President of Basketball, along with his business manager Joe McLean, will land the explosive sharpshooter among the top 10 highest earning sneaker endorsers among all NBA players. The deal could reach 10 years and $80 Million, with a variety of incentives incorporated into the contract, and will continue to grow his brand throughout both China and the US.

Thompson is currently on tour in China with Anta.

“I knew with the other brands in the States, whether it was Nike or adidas, it was going to be tough for me to get a signature shoe,” Thompson explained.

“I knew with Anta, I would have so much input creatively. I was going to hopefully be the Michael Jordan one day of Anta. That really resonated with me, and knowing that I could be really big in China, that was really cool to me. The shoe market sometimes is overflooded in the States, and I thought, ‘Well, why not branch out and be global.’” 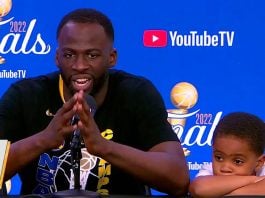 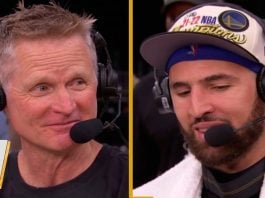