The Italian Basketball Federation [FIP] president Gianni Petrucci has confirmed that Simone Pianigiani will remain at the helm of the national team and will indeed coach the side, should they advance to the Rio 2016 Olympics.

Italy qualified for the Olympic Qualifying Tournament and have reportedly submitted a bid to host one of the tournaments next year.

“He has contract through Rio 2016,” Petrucci said. “There are no surprises expected soon.”

Italy bowed out in overtime to Lithuania in the quarter-finals of Eurobasket 2015. 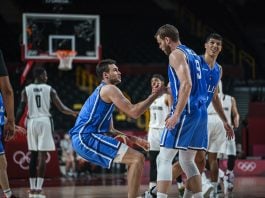