This year’s number one draft pick Paolo Banchero is getting ready to make his preseason debut with the Magic. The 19-year-old forward is already leaving a good impression with his more experienced teammates.

“When you have a guy that can do so many different things, it takes a little while to find what they’re gonna dominate at rather than just be good at everything,” Terence Ross said about the rookie.

“He is so good. He is making plays, his playmaking is good. Defensive effort is good. He’s playing well. Once he finds what he’s supposed to do, when he’s gonna get his money, I think he’s gonna be solid.” 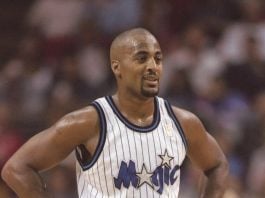