Former NBA player Matt Barnes came through for yet another VladTV interview, and this time around, he started off speaking about how things have changed since his last interview three years ago.

Matt then addressed the controversy surrounding Celtics coach Ime Udoka, who was suspended for a year for sleeping with a staff member. Barnes explained that he initially thought the suspension was harsh, and he added that he misspoke after getting a better understanding of the situation.

Matt added that he doesn’t want to divulge the information that he was given, but he explained that he can’t rock with what Udoka did. Vlad then pointed out that it’s not that he slept with someone, it’s who he slept with, and Vlad added that he’s never understood sleeping with co-workers as a business owner. 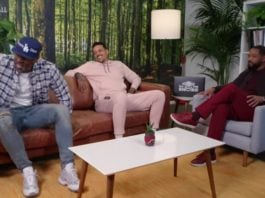