Wizards forward Kyle Kuzma was in shock as he realized he has grown since entering the NBA in 2017. The 27-year-old former first-round pick is currently officially listed as being 6’9″.

Kuzma tweeted that today he was measured and his height is 6’10” 1/2 with shoes. He further explained that when he entered the league his height with shoes was 6’9″ 1/4. 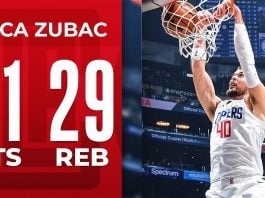 Kyle Kuzma reacts to being misunderstood in his viral tweet, clarifies...

Kyle Kuzma and P.J. Washington are being linked to Heat