And now in 2022, former Hornets coach Byron Scott is saying something similar about Davis, naming him as the most talented point guard that he’s ever coached.

(Via The Byron Scott Podcast):

“I’ve coached some great point guards in my day. Jason Kidd, Chris Paul, Kyrie Irving. But, I tell people this a lot. This dude was the most talented point guard I’ve ever coached.” 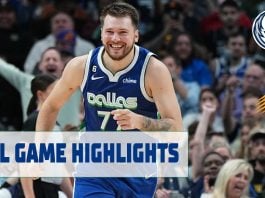