As the summer getting closer to an end, Collin Sexton, who is a restricted free agent, still has not reached an agreement on a contract extension with the Cavaliers.

The reported offer by Cleveland is $40 million for three years. Sexton is represented by Rich Paul of Klutch Sports who has a reputation as a ruthless negotiator.

The two sides so far have been unable to reach an agreement on the amount that the 23-year-old point guard should be paid. Reportedly, Paul used the likes of Jalen Brusnon as an example of players getting significantly better deals in the league.

Sources tell cleveland.com that talks between the Cavaliers and Colin Sexton’s camp — led by ruthless, player-friendly negotiator Rich Paul, the CEO of Klutch Sports — have not been contentious but remain at a standstill, with the two sides far apart on valuation. Cleveland.com has been reporting for weeks that the Cavs are offering a three-year contract worth around $40 million — an annual salary of about $13 million per year.

The year before that he averaged 24.3 points, 3.1 rebounds and 4.4 assists per game for the Cavaliers. 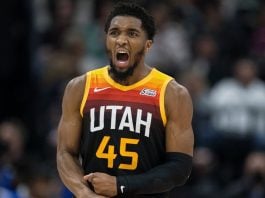