After several attempts to establish himself in the NBA, Ignas Brazdeikis is expected to continue his career in Europe. According to Rokas Pakenas of 15min.lt, the 23-year-old small forward reached an agreement with Zalgiris and will play in his native Kaunas, Lithuania next season.

The team plays in EuroLeague as well as in Lithuanian Basketball League. Brazdeikis will be coached by Kazys Maksvytis who is also the head coach of Lithuania national team which the player joined this summer for the first time.

Last season he played for the Magic and the Lakeland Magic of the G League. Brazdeikis entered the NBA in 2019 as the 47th overall draft pick. 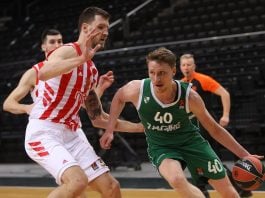