The Chicago Bulls is widely being expected to make Coby White available in the offseason market.

Per Sean Deveney of Heavy.com:

“Still, expect some changes with the Bulls this offseason. They hold the No. 18 pick in the NBA draft, which could be used as a trade chip or to add a young player to the bench. They have guard Coby White, too, who is expected to be on the trade block.”

Chicago produced high hopes as a potential title contender in the initial part of the season, only to slide in the standings at the latter part and bow down against the Milwaukee Bucks in their first-round series.

The Bulls are making such noise this summer about their impending free agency status with Zach LaVine and rumored hunt for Utah Jazz star big Rudy Gobert. As such, they may seem to be committed to core retooling, as the Eastern Conference now is getting much deeper and competitive.

With Lonzo Ball definitely getting a major injury recovery and Ayo Dosunmu still improving, White may literally see himself landing on a different club next year. 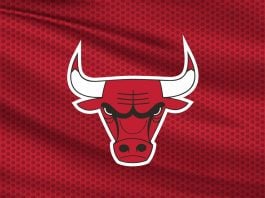