Former NBA champion Metta Sandiford-Artest (previously known as Ron Artest and Metta World Peace) sees himself coaching an NBA team at some point in the future.

Since retiring in 2017, he worked as a player development coach for the South Bay Lakers of the G League the following season.

Metta Sandiford-Artest on why he thinks Lakers will win NBA title... 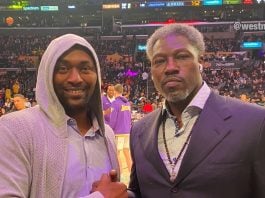 Metta Sandiford-Artest reveals one issue he has with Ben Wallace, and...