Thaddeus Young has enjoyed his time of being a Toronto Raptor, and he can only give a heartwarming expression on what he attained.

In the Raptors’ exit interview for the 2021-2022 season, the veteran praised the experience he had with the organization, further applauding the promising core it possesses.

Young was acquired by Toronto in a midseason trade with the San Antonio Spurs. The versatility and mentorship that he offered were keys for the squad in making a late season turnaround – as the Raps went on to lock the fifth seed of the Eastern Conference.

Though the Raptors came up short for a historic 3-0 comeback against the Philadelphia 76ers in their first-round matchup, Young seems thankful of the ride he had with them.

But looking at his happiness on the short tenure he had and the Raptors’ lineup being composed of lengthy wings and dynamic cagers, the possibility is high that he might welcome a long-term marriage.

Fred VanVleet on him and Raptors: “It’s a match made in... 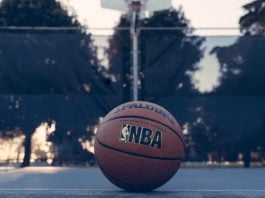