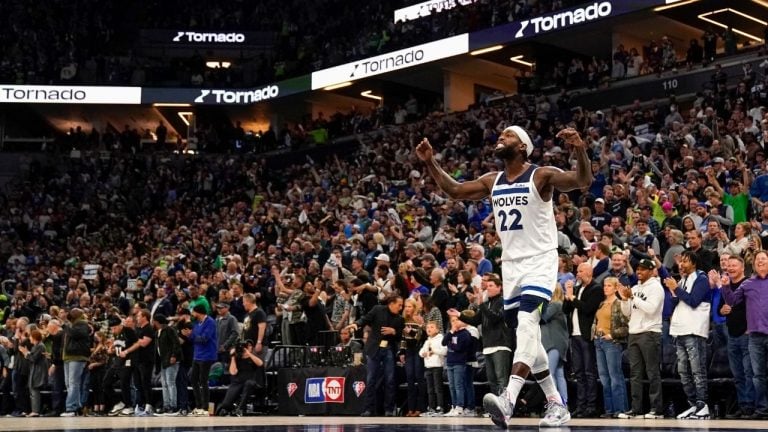 Despite missing the chance to fill the Western Conference’s seventh-seed with the Los Angeles Clippers, Paul George still has nothing but love at the end of the day for Patrick Beverley.

After finding himself in Minneapolis before the season began, Beverley constructed the missing culture and identity that the young Timberwolves have been craving for the past few years, and George can only offer his respect towards the veteran point guard’s resounding effort and dedication.

Hitting the podium after the Clippers crumbled from a late quarter blitz by the T-Wolves on the Play-In competition, 109-104, the star swingman went reminiscing and applauded Beverley’s electrifying antics which gave Minnesota it’s every faithful a much-needed boost within the Target Center.

Beverley was the Clippers’ undisputed heart and soul from 2017 until last year, as he was shipped the last offseason by the franchise and now found a new home in the Twin City. George can only be happy that his former teammate continues to bloom alongside a promising club like the Timberwolves.

Both George and the Clippers still have a chance to clinch the remaining playoff berth in the West. They’ll fly back home to Los Angeles and will wait for the winner of the Play-In knockout match between the New Orleans Pelicans and the San Antonio Spurs on Wednesday.