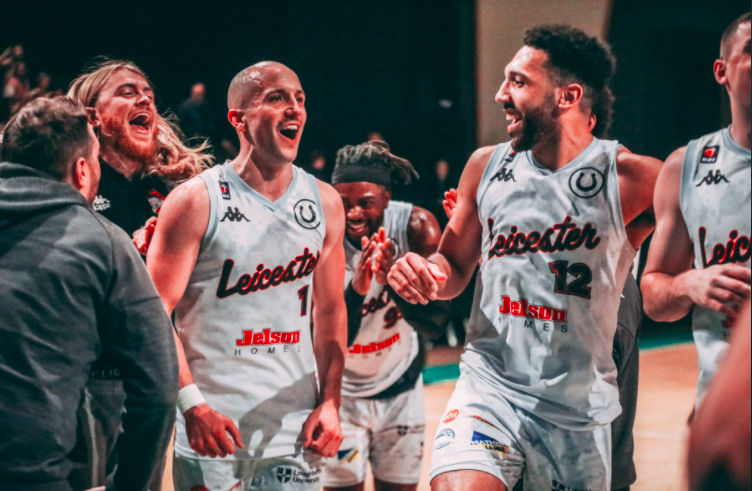 Leicester Riders secured their fifth British Basketball League title over the last six seasons with a 77-60 win at the Plymouth City Patriots on Wednesday night.

Reigning league MVP Geno Crandall poured in 25 points to help steer Leicester to a deserved regular season title with a 21-2 record, pulling them clear of closest challengers, London Lions, who with six games left can not reach Riders’ win total.

London, who reached the second round of the FIBA Europe Cup this season lost 78-74 at home to the Bristol Flyers, which merely tied the bow on Leicester’s trophy.

“It feels amazing to win the title with such a talented, hard-working, tough group. It is special,” Riders coach Rob Paternostro said.

“From the moment we walked on the practice floor this year, we felt we had something special and the guys came through.”

Boasting the best defence in the league mixed with a cohesive team chemistry led the Riders to a 12-0 start in the BBL with Cup glory sandwiched in.

“I like where this team is heading,” Paternostro said on January 2.

“It’s a group of guys that know their roles, where multiple players can score 15 to 20 points a night but more importantly they know that everything starts with defence.”

Only conceding 66 points a game, while averaging 90 points for themselves, proved Paternostro’s point clearly.

With top spot now locked, the remaining three weeks of regular season will prove to be very interesting with just eight points separating the Lions in second from the Patriots, who currently sit in the eighth and final playoff spot.

Ninth-placed Newcastle Eagles, are just two points behind Plymouth and have two games in hand.