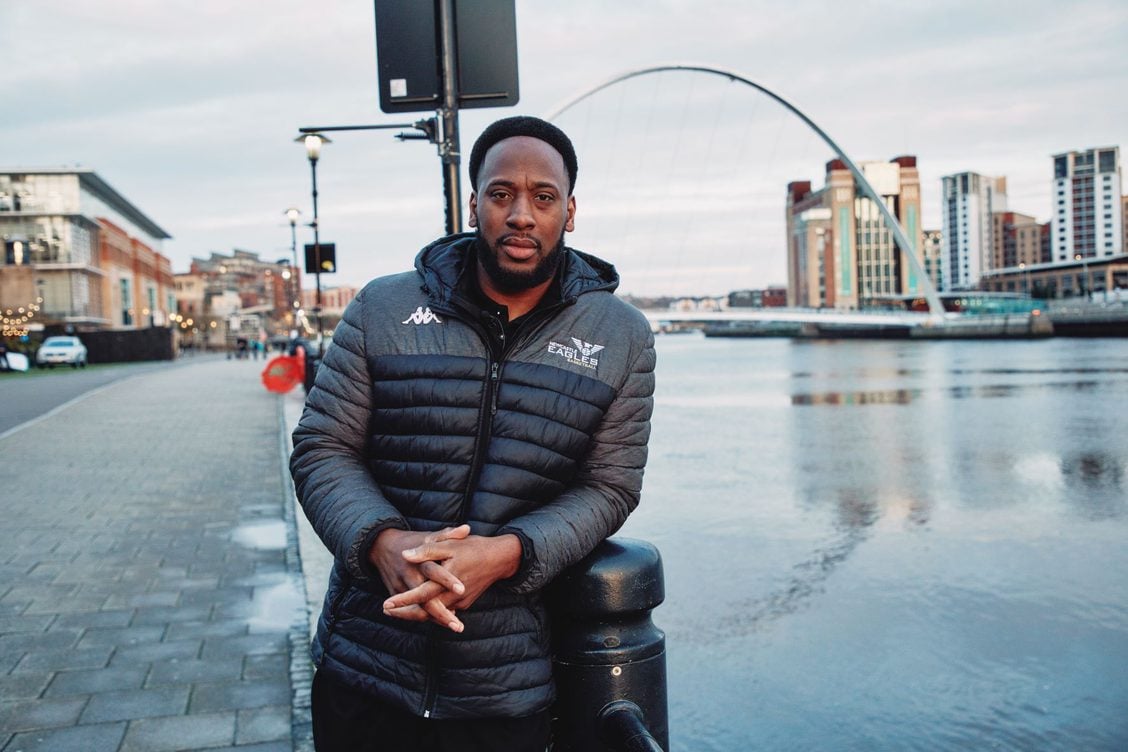 Wednesday 2 February, Newcastle: Darius Defoe has revealed the details behind the start of his love affair with basketball and the city of Newcastle, as the Dominica-born star gets ready to break the 6,000-point barrier for his beloved Newcastle Eagles.

His journey from Dominica to London and then to Tyneside started over 25 years ago. In the time since, Defoe has established himself as the most decorated player in British basketball history with 27 trophies in 17 seasons.

Nicknamed ‘Mr 27’ for his astonishing achievements, the now 37-year-old looks back, in an exclusive video with Vertu Motors, on how a visit to Newcastle for a basketball tournament for one weekend turned into a record-breaking career.

“One day after basketball I got a message asking if I wanted to go to Newcastle for a tournament. I said, “Newcastle, I don’t know where that is! Do I need a passport?’ and he told me it was just three hours on a train!

“After that Fab [Fabulous Flourney, the coach] was calling me over and over about staying and joining. So, I asked my Mum and she wanted me out of London at the time. I came up here and the rest is history.”

Defoe talks in the video about his love for the city and its people and the role sport plays on Tyneside. “Wherever you go in Newcastle it is sport. It’s either football, cricket, rugby, basketball. Everyone here is so passionate about sport. The people make this city, they are so friendly. If you ask someone where to find something, they’ll tell you or even show you. You don’t get that in London!”

Defoe talks of the pride he has in the community of the city and what it means to him to be part of giving back to young people in the region, and the work the club do in the community with their programme, ‘Hoops for Health’.

“I see a lot of young fans in the city and they come up to me and they’re really happy I went to their school! They’re so excited and happy and I love to be able to put a smile on the kids’ faces.”

But after 18 years as part of the Newcastle fabric, where is his true home? “I see this as home. London is home, but this place is home, home. I am a part of the Geordie family.”

The video is available to watch and share in full now across the Newcastle Eagles, Northern Echo and Vertu Motors channels.