Fenerbahce’s Jan Vesely is the Euroleague MVP of the month January. The veteran center helped his club have a dreamy month in the Euroleague.

The former Euroleague champion posted the highest performance index rating in the league over six games in January to lead Fenerbahce to a 6-0 record and a tie for eighth place.

Fenerbahce started this month in the 13th place of the standings but thanks to Jan Vesely’s great performance this month, he and his teammates led the club to reach the 8th place.

Altogether in January, Vesely averaged 16.0 points, 5.5 rebounds, 2.8 assists, and 1.4 steals over the six victories. Vesely’s scoring in January was 38.3% higher than in his previous 14 games this season while his performance index rating jumped 56%. His 73.6% two-point shooting and 100% free throw shooting meant that Vesely missed just 15 of his 69 shots taken during January. While doing so, Vesely helped Fenerbahce position itself for a run at its sixth consecutive appearance in the playoffs. Vesely will receive his new award at an upcoming home game. 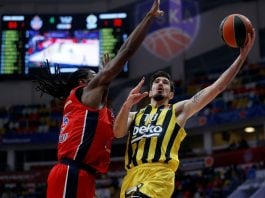 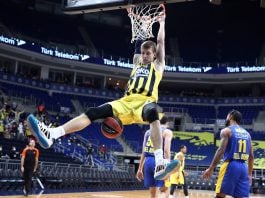 Fenerbahce star Jan Vesely expected to play in Game 3 vs...

Jan Vesely out for at least two weeks with ankle injury