The 2020 NBA Draft is one month away, but several teams including the Minnesota Timberwolves, who have the No.1 selection at their disposal, don’t see a clear choice, according to ESPN’s Eric Woodyard.

The Timberwolves were unlucky enough to get the No.1 pick to a relatively mediocre draft class with several unknowns around the prospects abilities.

The Wolves’ president talked on the process ahead of the 2020 NBA Draft and the way he expects to finally make a decision until Nov. 18.

“There’s no guy that has separated himself from the pack from public or external view, but I’m very confident that as we go through this process, the talent will rise to the top and we’ll be confident about identifying one guy as the best guy, the best talented player with the most upside and most ability for our organization,” Rosas said during Wednesday’s Zoom availability.

Minnesota also has two more selections (17th, 33th) in the upcoming draft, after failing to make the postseason for the second consecutive year. 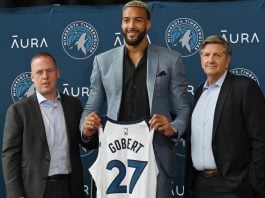