Buddy Hield’s frustration over the Sacramento Kings has been a running theme in the last few months, since Hield was benched by head coach Luke Walton.

According to Jason Jones of The Athletic, the sharpshooter became soured on Walton, and he is not answering his calls.

Walton, who replaced David Joerger the past offseason, was praised for his communication skills by several Kings’ players, but Hield certainly seems to not be one of them anymore. 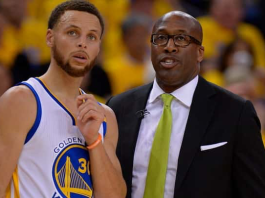