Luka Doncic was born on February 28, 1999, in Slovenia. His height is 2.01 cm. He can play all three backcourt positions (point guard, shooting guard, small forward). Luka started his professional career in Union Olimpija. He played just sixteen minutes in the first youth set up match. The reason was that he was playing much better than his age group. That’s why he was sent to a higher group.

In September 2012, when he was thirteen, Luka signed a five-year contract with Real Madrid. After his seasonal performances in the U16 team, Luka played for Real Madrid B and Real Madrid U18 in the 2014-15 season. That season, he averaged 14.5 points, 6.2 rebounds and 3.1 assists. Luka won the Ciutat De L’Hospitalet tournament in 2015 and was selected in the All-Tournament Team, even though he was two years younger than his teammates.

Luka Doncic became the youngest player in the history of Real Madrid when he was sixteen. At the 2015-16 season, Luka made his best performance against Bilbao Basket in the Spanish League: 15 points, four assists and six rebounds.

Montenegro, Serbia and Spain, among other national teams, made contact with Luka Doncic, but he chose Slovenia on September 22, 2016. He became the European Basketball champion with Slovenia in 2017. His stats for this tournament were as follows: nine games, 14.3 points, 3.6 assists, 8.1 rebounds. He was considered worthy of the “Rising Star” award, given to basketball players at the age of 22 and under, in a voting that included EuroLeague head coaches. Luka played in 33 matches in the EuroLeague, averaging 19.54 minutes, 8.1 points, 4.3 assists and 4.5 rebounds.

Doncic, the rising star of the European basketball, was selected by the Atlanta Hawks with the third overall pick in the 2018 NBA Draft. He was then traded to the Dallas Mavericks in exchange for the draft rights of Trae Young and a protected future first-round pick in 2019. In 2019, he was named the Rookie of the Year and All-Rookie First Team in the NBA.

Here are his stats in the NBA:

Pablo Laso: “He has the character; he has respect for everyone. He is mature; he knows what to do at the right time. And this is why probably he’s having a great development in the NBA because he’s able to adjust to this situation. It simply comes to him.“

Pau Gasol: “Luka Doncic is going to be an important player for the NBA.”

Scariolo (The coach of the Spanish national team): “If I could not see it with my eyes, I would not believe that Luka Doncic was 18 years old.”

Luka Doncic likes to play Call Of Duty and he loves Game Of Thrones. 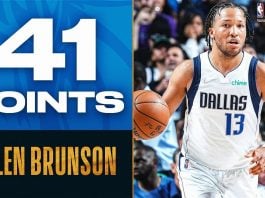 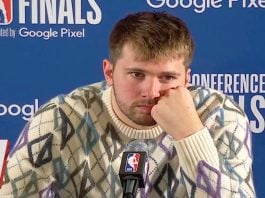