They were seeing unsuccessful if Fenerbahce Beko could not be champion in the EuroLeague. In my opinion, this is the Obradovic effect. Because Fenerbahce played in the Final Four five times, three times in the Final and they became champions once with Zeljko Obradovic in the EuroLeague in seven years. So, Fenerbahce Beko and fans got used to success and they are realized that most of this situation is thanks to the coach.

After Obradovic left Fenerbahce Beko, Fenerbahce fans and too many people, who were interested in basketball, thought “Who will come to Fenerbahce?”. A large majority thought it might have been better for Sarunas Jasikevicius to arrive. But, Jasikevicius went to Barcelona. Under these circumstances, Fenerbahce Beko started thinking of different alternatives and finally, Fenerbahce agreed with Igor Kokoskov. Fans seem satisfied with this decision.

Expecting Igor Kokoskov to be successful in the first year would be an injustice. But, I think Fenerbahce will definitely play in the playoffs and they will fight for the Final Four. Fenerbahce Beko reorganizes after Obradovic left the team. They are adding players who are hungry for more success, came to the new coach and they are going to restrict the budget. Fenerbahce Beko’s budget was 30 million euros last year. But, according to some sources, there are speculations about next season’s budget that it will be set to 15 or 20 million euros. 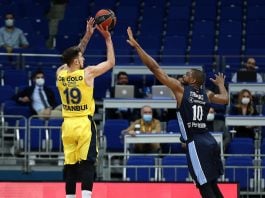 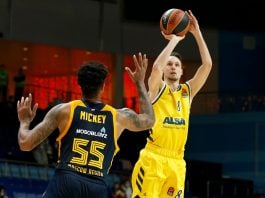