Klay Thompson wants to show people he is the best two-way player in the NBA, per his teammate in the Golden State Warriors Damion Lee.

During the “Runnin’ Plays” podcast with Kerith Burke and Grant Liffmann of NBC Sports Bay Area, Lee revealed what Thompson’s goal for the 2020/21 season is.

“I feel like he wants to show people that he is the best two-way guard in the league. He’s done it before. He’s in a pretty good mind space. I think he’s just ready to go out there and play,” Lee said, via Drew Shiller of NBC Sports Bay Area. 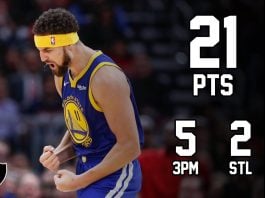 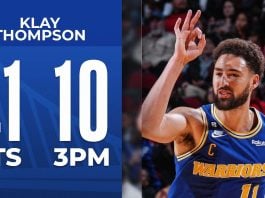 Klay Thompson: “My belief is stronger than your doubt”