Klay Thompson is reportedly has been training without restrictions the last few weeks and Steve Kerr drove up from San Diego to watch Thompson hitting some shots.

According to his coach, who joined KNBR’s “Tolbert, Kreuger & Brooks“ on Friday, the Warriors’ superstar “looked great”.

“It was great to see him,” Kerr noted. “He looked great. He was moving well and, as you would expect, just knocking down [shots]. So, he looked good. He’s not playing ‘live’ yet, he hasn’t done any contact stuff, but that’s kind of the final step and there’s obviously plenty of time for that. He’s right on schedule, and everything’s going well.”

Thompson injured severely his ACL the Game of the 2019 NBA Finals. He missed the whole 2019-2020 season, which the Warriors finished with league-wide worst record of 15-50.

Kerr revealed that missing the whole season was really demoralizing for Thompson, who never had experienced such a severe injury throughout his career.

“Because if you love playing that much, then not playing is just devastating,” Kerr continued. “He really struggled this year not being able to play, and just not knowing what to do … because he couldn’t really do a whole lot in rehab.

“There was a lot of rest in the beginning, and then the team would go out on the road. Klay loves to be part of the group, bashing on each other and joking around. I just think he really missed everything this year, the whole experience. So I know he can’t wait to get back out there.”

Here you can listen to the full podcast with Stever Kerr’s interview. 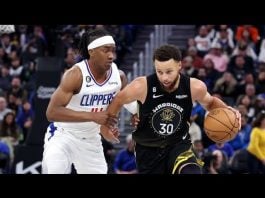