Former NBA star Stephen Jackson has joined other athletes in criticizing NFL quarterback Drew Brees for the insensitive comments he made during an interview with Yahoo Sports this week.

The New Orleans Saints QB was answering a question on NFL players potentially taking a knee again when the upcoming season kicks off and declared he will never support anyone disrespecting the American flag.

“I will never agree with anybody disrespecting the flag of the United States of America or our country,” Brees said. “Let me just tell what I see or what I feel when the national anthem is played and when I look at the flag of the United States. I envision my two grandfathers, who fought for this country during World War II, one in the Army and one in the Marine Corp. Both risking their lives to protect our country and to try to make our country and this world a better place.”

Brees has been on the end of rife criticism since his statement, with teammates and other world-famous athletes such as LeBron James calling him out.

Saints wide receiver Michael Thomas was one of the teammates who lashed out at Brees following his comments and, in a video posted to Instagram on Wednesday night, Jackson lauded Thomas for what he says is holding Brees accountable. Jackson has been quite vocal since his friend George Floyd was killed by a white police officer in Minneapolis, Minnesota last month.

“You should understand, but y’all gotta hold all y’all white teammates accountable. F— all that s—, you know what I’m saying? We gotta end that s— now. Ain’t no straddling the fence, alright? Y’all got to check y’all teammates. Michael Thomas, I salute you bro. F— Drew Brees. Way to check his ass. If you ain’t down with us, then you on the other side.

Brees has since apologized for the insensitive comments.

“I would like to apologize to my friends, teammates, the City of New Orleans, the black community, NFL community and anyone I hurt with my comments yesterday,” he wrote in an Instagram post this morning. “In speaking with some of you, it breaks my heart to know the pain I have caused.” 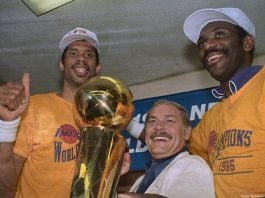 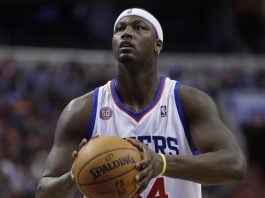