Home EuroLeague Jasikevicius to decide on his future in two weeks

Sarunas Jasikevicius has several offers to start coaching career next season. None of these offers are from his native Lithuania, depsite recent rumours about Zalgiris offering him a three-year deal.

The legendary point guard has just finished his first season with Zalgiris. His old dream of playing for the Greens as well as winning LKL title was fulfilled and is now seriously thinking of retirement.

“After last season I was 100 percent sure that I will continue playing, this year its 50-50”, Jasikevicius told to Lietuvos rytas daily.

Saras also revealed that he has several offers to take head coach position. When asked if these offers come from the countries where he had best years in his career – Israel, Greece and Spain, Jasikevicius hinted that it might be the case, “maybe”, he replied.

“I would have no problem if I started working [as a head coach] now”, Saras replied to the question whether he’d prefer to start as an assistant coach to one of Europe’s elite coaches or if he’d prefer to take head coach job right away.

Currently Saras is on vacation in Scotland to enjoy his two passions golf and tennis, aside from basketball. He is also watching FIFA World Cup and rooting for England.

“Once again I will be crying with the English”, Jasikevicius joked in one of the recent interviews when speaking about England’s chances in FIFA World Cup. 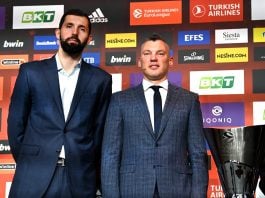 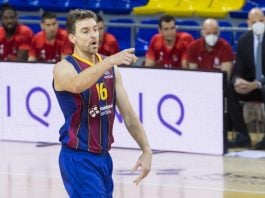