TalkBasket’s George Kioussis is a contributor that has never visited a Euroleague Final Four before. We know, shock horror. So, we decided to put that right, and what follows is a mini diary of a man getting the chance to cover a tournament and sampling life in the fashion capital.

The chance to cover my first Euroleague Final Four in Milan filled me with general excitement. Visiting Milan, the capital of fashion was another reason for my eagerness as the Italian city was one I have always wanted to visit.

I know that the teams involved in the big event were regulars. Three of the four [Barcelona, Real Madrid and CSKA Moscow] were at this stage last year in London and Maccabi Electra Tel Aviv were making their first appearance since 2011. On a personal level, I was disappointed that there was no Greek team involved for the first time since 2009. But in all, I was really excited about the whole event, and from the first moment I stepped foot on the city, the first thing I had in mind, was to be part of this celebration.

After a quick yet amazing walk around, I made my way to the Mediolanum Forum. Being honest, the look of the arena from outside was ugly but that wasn’t what I, or everyone else came for. After sorting out a few issues, I got straight to work, which was to ask a couple of questions to the players of Real Madrid and Barcelona before el Clasico.

I must say that I was very anxious, getting to meet players, that aside to their quality and significance to European Basketball, had great experience in such situations, while it was my first time to actually step on the Final Four world, I actually felt comfortable asking certain players anything that I needed.

Eventually, everything went just fine; the players were all hyped up for the game, something that got me into the Final Four atmosphere a little bit more then when I first arrived and saw the posters around the Milan Metro.

I thought I had seen it all and was prepping for the first semi-final, until I got to the Piazza Duomo Fan Zone. What I encountered was an endless basketball party, organized by Euroleague, and got in amongst the hundreds of fans that were all around me, participating in many activities, or even watching the Nike International Junior Tournament.

The time had come for me to go to the Mediolanum Forum and prepare myself for the clash between Maccabi and CSKA. The game was very interesting, the atmosphere was exactly what I expected to be in a Final Four game, and straight after Rice’s big basket to send the team from Israel to the Final, we went to the Mixed Zone, to have a quick talk with the players.

Things were more demanding this time since we hadn’t had much time to talk to them and we had to find the quotes needed. Despite that, I was so happy doing what I had do, that I found it very enjoyable, if not challenging. Quickly after that, we returned to the Arena and up the stairs (the upper press tribune was a nightmare to get to with utterly useless security staff) to prepare ourselves for ‘el Clasico.

Unfortunately, the prediction of a close game by TB’s own John Hobbs wasn’t even close. It was a blowout win for Real Madrid, but it was still a memorable experience, since I could never imagine that I would be able to watch one of the biggest European basketball clashes from just a few meters away. After the end of the game, we returned to the mixed zone, to conclude the first game-day of the Milan Final Four.

I woke up with a feeling of extreme pleasure and anticipation, because after a couple of hours, there was the press conference concerning the two Finalists, Real and Maccabi. Things were smooth there too, hearing what the two coaches and the two players had to say and everyone seemed to enjoy their time.

After the conference, we moved the workroom, already full of journalists from all over the world, as they documented the protagonists of the competition and listening through what they had to say. Me: I was waiting for the teams to start their respective practice so that I could have a word with them. Even though I did not had the chance to go anywhere else and see things in town that day, it was a very important one for me since I got to see how many things work backstage so that the basketball fans can be updated anytime (on TalkBasket).

I really could not wait for the big Final, and all I could do until then was to visit the Fan Zone once again, to see how the fans celebrate the big day.

Real Madrid and Maccabi ultras chanting together, mini games all around, just like it was on Friday, and of course a stand where anyone can spend some seconds with the trophy.  What I liked was that the Maccabi and Real Madrid fans were not at each other’s throats. There was a lot of mutual respect and pictures being taken. It was really a spectacular site to behold.

Another very interesting event, irrelevant to the Euroleague Final, was the EXPO about the environment; that resulted in even more people making their way to the Piazza Duomo to take a look at the many stands placed for the exhibition.

The Mediolanum forum was ready to host the big Final, outside the arena was literally a sea of yellow. But before all that, there was the game for third place between Barca and CSKA. It was a game that lacked importance since third place is not such a big prize, but the two teams satisfied the fans there and warming them up for the most important of the four games.

The encounter, for me was one of the best games I had seen for many years, an opinion seconded by John Hobbs, who was sitting next to me, and only the second in the Euroleague Final Four history to reach overtime. The atmosphere during the 45 minutes of the game was amazing, with both fans doing their best to support their team.

Maccabi lifted the trophy and the most important Final Four of my life came to an end.

Milan is a fabulous city, and together with the tournament’s festive mood and the nail-biting games, was more than enough for me to enjoy this celebration and now I hope to be part of it all again soon. 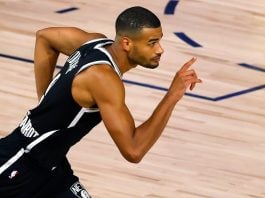