New Orleans Pelicans point guard Lonzo Ball has sounded a warning to his younger brother LaMelo ahead of his NBA arrival.

The younger Ball is a projected lottery pick, having declared himself available for the upcoming NBA Draft after taking an unconventional route. The 18-year-old opted to forego college, playing his basketball in California, Ohio, Lithuania, and then Australia’s National Basketball League. He impressed scouts throughout but was unfortunate to suffer a foot injury while playing for the Illawarra Hawks in the NBL, and he’s now looking to stamp his brand on the NBA.

Speaking on The JJ Redick Podcast recently, Lonzo warned he could make things hard for his sibling when they meet up on an NBA court as he is very familiar with his game.

“I know his game pretty well, so it might be a tough night for him,” he declared.

It should be a fun affair when the brothers square off in the NBA, yet we’re still a long way from finding out when that will be. 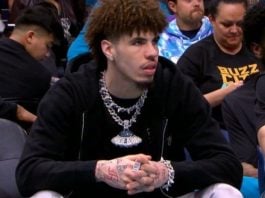