Dwyane Wade took to Instagram and revealed he’s producing a documentary about the 2008 Team USA Men’s Basketball team, known as the “Redeem Team”.

Following two disappointing performances in the 2004 Olympic Games and the 2006 FIBA Basketball World Cup, Team USA returned to the top in 2008, when they won the gold medal in the Olympics Games in Beijing.

“We’re doing a documentary on the 2008 Redeem Team… It’s something that we’ve been working on for the last year or so. For me, that was a big year, 2008. I had to kind of redeem myself, because everybody thought I was done. But that was an amazing time, man, and that team, man? Oh my god,” the three-time champion said on The Platform podcast. 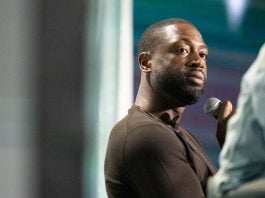 Dwyane Wade says being a team owner has made him realize...

LeBron and DWade are producing a Netflix doc on the Redeem...