Odyssey Sims pours in 47 points, adding 6 assists, 4 rebounds, and a steal in a losing effort against Kentucky.

Sims’ efforts, though outstanding, wouldn’t extend past the first overtime as the senior guard fouled out at the 1:23 mark. Her last foul was a charge drawn by Kentucky guard Kastine Evans.

Kentucky was led by the 43 points of Jennifer O’Niell. With the game knotted at 128, O’Niell would make a lay-up late in the fourth overtime to regain the lead one more time.

A pair of free throws would seal the contest for the Wildcats, but not before a last minute, buzzer-beating effort from Alexis Prince gave Kentucky a scare. Prince, a sophomore, saw her shot make it halfway down before spinning out of the rim.

Outside of being a four overtime thriller, the game’s combined 263 points marked the highest in Division 1 Women’s basketball history.

With Sims’ fouled out, Baylor needed alternative sources of offense, which would come in the form of Nina Davis’s 20 points and Makenzie Robertson’s 23.

Foul count would be a telling indicator, as Baylor’s 47 personal fouls dwarfed Kentucky’s 33.

The game was part of the SEC/Big 12 Challenge, with the Men’s game between the same schools following 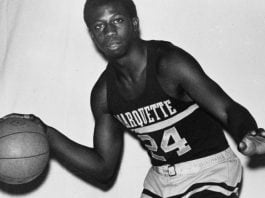 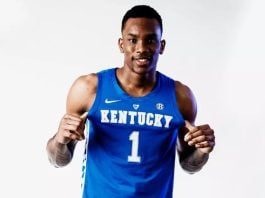