This 2020 Naismith Memorial Basketball Hall of Fame was overshadowed by the death of Kobe Bryant and his daughter, Gianna. All people present shared their deepest condolences and many couldn’t hide emotion overwhelming them when asked what they thought about Bryant’s helicopter crash that snuffed out the life out of one of the brightest stars in basketball.

Yet, distressing as Kobe and Gianna’s fates were, the basketball world was once again outraged at the Hall of Fame selections. Surely, names such as Tim Duncan and Kevin Garnett were present and so were many others, but it seems the hosts haven’t missed out the opportunity to miss out on many talented players and coaches that should have been featured in the picks.

There are quite a few would-have-been Hall of Fame members who, however, were overlooked due to one or more controversies. Players and coaches should be appreciated on their ability and what they show on the court.

Yet, determining who gets into the Hall of Fame shouldn’t be a matter of luck. This is not like you’re playing basketball slots at the casino where you can still have fun even if you don’t make the cut.

To argue that Eddie Sutton doesn’t deserve to be a part of the Hall of Fame is an outrageous libel. Based on his qualities as a coach alone, Sutton has delivered quite a few successes. He helped The Cowboys, taking his boys to NCAA Tournament 13 out of 16 times.

He was the recipient on many coach-of-the-year awards and was often cited as one of the most successful coaches a school or even a professional basketball team could ever wish for. Yet, the host’s decision to leave Sutton out of the Hall of Fame wasn’t predicated on his achievements as an educator.

Rather, the coach was connected to reportedly underhand practices in the NCAA, which has pitted the university against the once-beloved coach. Sutton has every right to be immortalized in the basketball Hall of Fame, even if there should be a footing that digs into his perceived misdemeanours.

Tubby Smith is one of the most prominent coaches of all time. He has led teams to a title in the SEC regular season as well as the National Championship. He managed to push college athletes to 14-straight NCAA Tournaments, showing his ability to deliver results.

Smith didn’t mind that he was placed in some of the toughest leagues as well, competing in Big Ten, Big 12 and SEC and he has pulled off 622 wins with the help of admittedly some of the most talented college athletes.

He is also scandal-free and what’s equally important he is the third African American coach to ever have made such big headlines.

Manning’s acknowledgement by the Hall of Fame of basketball is long overdue. One of the true legends of the 1988 season and playing fantastic games for the Kansas Jayhawks, this now-retired player should definitely get his place in Hall of Fame. He was crucial for the success of his team, even though the team was 6-seed but still managed to blast to victory that year and win the NCAA Tournament.

He didn’t make it into the NBA, but that was because of a personal choice, but rather challenging circumstances. If there is one thing the basketball world owes players like Manning, that is recognition. His name must live on and hopefully, the Hall of Fame would catch up to this.

Huggins decided simple, joining the Bearcats and making it all the way to the Final Four. He managed to secure the impressive track record of 398 wins at Cincinnati. He coaches basketball at his home, West Virginia, today and he has accumulated another 300 wins, not to mention a Final Four, which is all by itself impressive.

Now, the issue with Huggins is that he was also a part of an NCAA investigation, which often mars one’s prospects from making the Hall of Fame. Nevertheless, he has continued doing what he loves oblivious of titles. 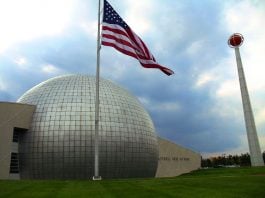 Sagaba Konate: I wanted more than an Exhibit 10 contract with...

All Clippers number one draft picks in history

Toni Kukoc on not making into Hall of Fame: “It means...