The Los Angeles Clippers are expected to lose at least $10 million because of the NBA suspension, per Garrett Chorpenning of Sports Illustrated.

The owner of the team, Steve Ballmer, confirmed the news, but said the Clippers will continue to pay their employees.

“It’ll be eight digits. Now you’ve got to start with what we were either going to make or lose before the season started, but net, it’ll certainly be an eight-digit loss for us.

We’re being diligent about continuing to pay our employees. We’re trying to take care of our smaller vendors. We had a t-shirt vendor we had $100,000 committed to for playoff t-shirts. I think it’s important that we pay that money, put it down now, and see what can happen over time since we are in a better position,” Ballmer said.

The NBA has suspended the season for at least 30 days, due to the outbreak of the coronavirus. Yet, the season is not expected to resume prior to June or July. 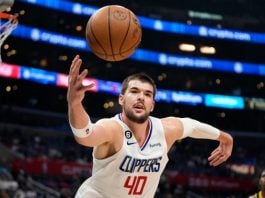