Going into the 1980 NBA Finals game 6, the Los Angeles Lakers were up 3-2 in the series. A hard-fought series against Julius Erving and the Philadelphia 76ers. The purple and gold featured superstar Kareem Abdul-Jabbar, as well as rookie Magic Johnson.

The 76ers finished the regular season 62-20, whilst the Lakers were 54-28. Both teams met in the Finals after defeating the Boston Celtics and Seattle SuperSonics, respectively.

But for Los Angeles, disaster struck. In game 5, league-MVP Kareem Abdul-Jabbar suffered a severely sprained ankle. He was set to miss game 6, in Philadelphia. A potential decider.

This is where Magic kicked-in. Magic Johnson that is. The 6-foot-9 rookie Point Guard started the game at center and filled all 5 positions over the course of the game. Scoring a game-high 42 points, along with 15 rebounds, and 7 assists.

Magic led the Lakers to championship glory, earning him the 1980 NBA Finals MVP Award in the process.

Relive Magic Johnson’s performance, including highlights of the overall game, through the below video. Courtesy of Lakers UK. 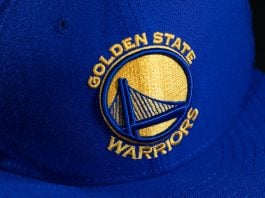