NBA insider Shams Charania reports that LiAngelo Ball has been sent a contract from the NBA G League and is expected to sign soon.

Most recently, he’s been a practice player for the Oklahoma City Blue of the NBA G League after joining the team on December 29, 2019. Before that he was with the Los Angeles Ballers of the Junior Basketball Association.

Recently LiAngelo’s father LaVar claimed his son will be the NBA scoring champion within three years. 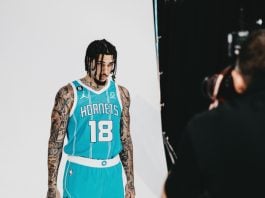