Former Laker Lance Stephenson is waiting for an opportunity to make a comeback to the NBA, his agent Reggie Brown told Adam Zagoria of Forbes.

With the suspension of the Chinese Basketball Association because of coronavirus, Stephenson returned to the U.S. on January 24. However, until now he hasn’t been offered a 10-day contract by an NBA team.

“We’re still 100 percent honoring our commitment to China until further notice but if an NBA team presents a legitimate opportunity we will cross that bridge as soon as possible,” said Stephenson’s agent, Reggie Brown. Stephenson has yet to be offered a 10-day contract with an NBA team, Brown said to Adam Zagoria of Forbes.

The 29-year-old forward averaged 26.7 points and 7.4 rebounds per game for the CBA’s Liaoning Flying Leopards.

Stephenson spent last season with the Lakers, where he averaged 7.2 points, 2.1 assists and 3.2 rebounds while shooting at 37.1% from three. Austin Rivers speaks out on mysterious ejection handed by officials after... Lance Stephenson & Austin Rivers get into it in front of... Report: Lance Stephenson secures contract from Pacers for the rest of... 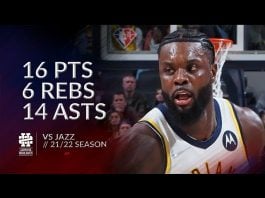