Carlos Delfino, most recently played for the Milwaukee Bucks in the NBA, agreed to a one-year deal with the Houston Rockets.

The veteran forward averaged 15.5 points per game for his national team in the Olympics where Argentina fell short of a medal finishing fourth.

Delfino will enter his eighth season in the NBA, and play for his fourth team after Detroit Pistons, Toronto Raptors and Milwaukee Bucks.

The Argentine is a career 40 percent field-goal shooter while scoring 7.7 points and grabbing 3.6 rebounds per game. 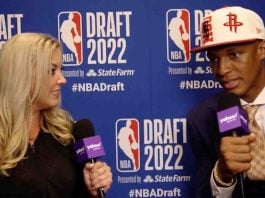