The Utah Jazz announced that Mike Conley suffered a hamstring injury and there is no timetable for his return yet.

Conley reinjured his left hamstring during Tuesday’s game against the Orlando Magic and will be re-evaluated during the team’s upcoming three-game road trip.

Per Shams Charania and Tony Jones of The Athletic, Conley is expected to miss multiple games with the injury.

Prior to last night’s game against the Magic, Conley had missed the past five games with a tight hamstring. 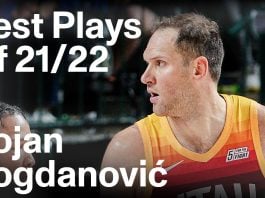