A Lithuanian young man in Kaunas chose an original way to demonstrate against his cable provider for not airing Euroleague games.

This incredible incident happened this morning when a young Lithuanian and Kaunas resident named Sarunas Simaitis chained himself to a tree in front of the offices of his cable TV provider, wanting to demonstrate against their policy of not airing any Euroleague games. He didn’t last for long due to the cold weather and a friend unchained him at some point, after Sarunas got himself heard. 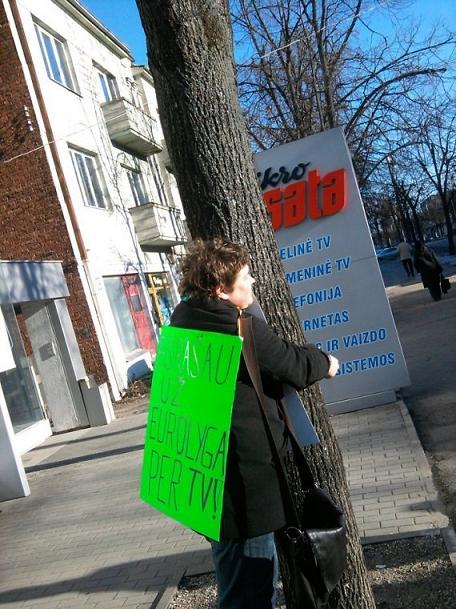 The cable TV provider response was that one of their four packages on offer, is in fact airing Euroleague games, including Zalgiris, and that they could not find the protester’s name in their clients database. Geniune frustration and demonstration, or simply a publicity stunt, this guy is the incarnation of devotion!